Nutella is a frequent guest here on the Grumbling Belly and last year I combined it with another favourite, Banoffee Pie. I didn’t think it could get any better until I had a moment of inspiration a few weeks ago to add coconut and have been waiting for the opportunity to try it ever since!

One thing that makes being away from ‘home’ more enjoyable, is the wonderful community of friends we have here in Waco. From the minute we arrived, the other families in John’s PhD program completely took us under their wing and I am daily blessed by their kindness and friendships. Not many people can say that when they moved to a completely unknown part of the country, they had instant community. But, we do and I never take it for granted. One of the families recently had a great opportunity open up and they announced they were going to be leaving. This past weekend we had a lovely going away party for them which is when I decided to premiere my new twist on Nutella Banoffee Pie.

At first my biggest problem was figuring out how to best incorporate coconut without unsettling the already perfect balance of flavours. I have the hubs to thank for this one because it was his question that helped launch the genius that followed. What about a layer of coconut filling? Seeing as I have never made a coconut pie before, I thought it best to consult some southern experts and found the (near) perfect recipe thank to the Food Network and the Neelys.

Banoffee Pie is very sweet and it’s important that any additions only enhance flavour and not add more sweetness. Using my experience with banoffee pie and my small adaptations from the Neelys’ recipe, I made a couple of mini pies to get the layers and textures perfect.  I knew this pie and I would be good friends but I did not anticipate the love blossoming in my soul! In one bite you are hit with individual waves of banana, toffee, Nutella and then finally coconut. Bliss!

Follow Neely’s recipe  for the coconut filling (using only 1/4 cup sugar and 1 tsp of coconut extract instead of vanilla). Allow to cool.

See Nutella Banoffee Pie from April 8th 2012 for directions on making the toffee. You need about 3 cans of sweetened condensed milk, a large jar of Nutella (or 2 regular) and about 3-4 medium sized bananas.

Next, pour 1/2 the coconut pie filling and gently spread across with a metal spoon trying not to ‘dig’ into the fillings underneath.

Place another layer of sliced bananas and end with a second layer of toffee. Put in fridge overnight.

Whip up some heavy cream with 1/8 cup sugar and 1/2 tsp of vanilla extract. Pipe little flowers onto the pie and drizzle over some toffee and Nutella. Finish with some toasted coconut flakes.

This pie only gets better with time. If you can discipline yourself to wait an extra day, you will not regret it!

After making my Nutella Banoffee Pie, I had some leftover Nutella and was trying to think of something simple and fun to do for my hubby. We recently made some chocolate chip cookies for a friend so I still had some little dough squares in the fridge and decided to combine the two – couldn’t be simpler but definitely delicious.

Use your thumb to turn the chocolate chip cookie dough squares into little bowls.

Gently fold over the  sides of the cookie dough, squishing the Nutella into the center and almost reforming the square. It should not be completely covered but the chocolate hazelnut goodness should ooze over the top of the cookie dough. Follow the baking instructions on the cookie packet.

Once nicely golden brown, remove from the oven and let them cool for about 20 minutes before entering Nutella cookie bliss.

Yes….I went there! Banoffee Pie is one of my all time favourites and what could make it more perfect? Only the most sumptuous and delectable flavour ever created, Nutella. We had some friends over for dinner and I was going through all the recipes I have pinned on Pinterest but just couldn’t find exactly what I was looking for and then it hit me. What I really love about baking is not so much the actual art but more the creativity it allows. There is something just so magical and rewarding in coming up with an incredible combination, specially crafted and designed for someone who you love. And so, I thought about banoffee pie and that I wanted to make something our friends had never tried before but I also thought of how everyone loves Nutella and it seemed like the most natural thing in the world to put the two together. Do not blame me if you make this and can’t stop eating it! I guarantee it will call your name from the fridge every time you walk by too closely. I recommend making it when there are others around so there are not any leftovers to torment you. It really is that good!

To make the toffee:

Take the labels off the unopened milk cans and place in a large sauce pan of very gently simmering water. Leave for 2 hours and 30 mins. (I was making an extra-large pie so I have three cans in the picture below). The cans should remain completely immersed so you will need to top off the water every 40 mins or so as some of it will evaporate.

Take the cans out of the hot water using tongs and place into a bowl with ice water. DO NOT OPEN THE CANS UNTIL THEY HAVE COOLED OR YOU THEY WILL EXPLODE HOT TOFFEE ONTO YOUR HANDS. Leave them in the cold water for about 30 minutes or until cool to the touch. Shake the cans before opening to make sure they have cooled all the way through, empty into a bowl and stir with a fork until the toffee is a smooth consistency.

Coat the pie crust with a single layer of banana slices, going about 1/2 the way up the sides of the shell too.

Then place a layer of the molten toffee until the bananas on the bottom are covered.

Place another layer of sliced bananas and then finally the remainder of the toffee. Put the pie in the fridge overnight.

It needs this time to set otherwise when you slice a piece, all the toffee will just run out into the empty space.

Serve straight from the fridge and add cool whip/ whipped cream if you prefer.

During a rather tight financial period last Christmas, I decided to just use my baking skills to prepare little gift baskets of inexpensive goodies as presents for our loved ones . I spent a few years living on a Greek Island when I was a teenager and I began remembering a friend there who once made us Nutella filled chocolates which were incredible.  Because hand made chocolates stretch your money a LONG way, it became my mission to recreate those nutella nuggets of goodness from my teens. I discovered you can buy  many differeny varieties of chocolate molds and different coloured melting chocolate from craft stores, baking supply stores or on-line and just follow the instructions on the packets. It really is that easy. Although I will post at a later time with my  own instructions/advice etc, for now, we are going to talk fillings!

My first experiments with nutella that Christmas were such a hit that I had new inspirations this year and wanted to share them with you. I am convinced that if there is a flavour you love, you can work it into a chocolate! This year, my obsession revolved around cheesecake among other things. I hope you get inspired to try your hand at making these yummy treats.

Nutella:I melted it a little first and then placed it into a squeezy bottle for a nice controlled pour into the chocolate shell.  There are many tasty variations on the basic nutella filling such as adding a tiny drop of raspberry/strawberry jam or a small toasted hazelnut so experiment to your heart’s content!

Caramel Crunch– I filled the shell with ready made caramel (not ice cream sauce but a much thicker version like that used for dipping apples etc) and topped with a few pieces of crushed Heath bar. Of course, plain caramel is perfectly acceptable if you prefer.

Cheesecake Filled: There are tons of options with this one because all you need is prepared cheesecake filling (store bought is just fine if you want it to be easy) and your imagination! There are a couple of variaties pictured below but I also made pumpkin pie cheesecake (just mix canned pumpkin with the cheesecake base and any pie spices you choose). I suggest blending the cheesecake filling with peanut butter, caramel, nuts or even bacon if you are feeling adventurous!

Raspberry Cheesecake. I filled the shell with a tiny drop of raspberry jam (use a good quality seedless variety and blend until completely smooth) then piped on top the prepared cheesecake filling. You could use this method with any of your favourite jams.

What’s your favourite cheesecake chocolate idea? I would love to hear from you and maybe I can even try them out for you and write about it. 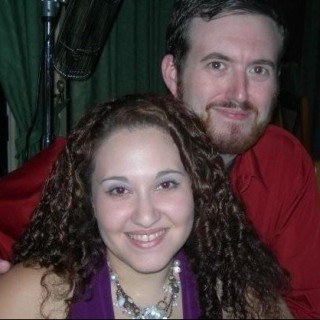 I am in my mid-thirties, from all over the place but have settled in the US. I explore the edible life through stories about home, family, friends and travel.

Looking for something specific?